Weimar is best known for Goethe and Schiller. But the lively cultural and university city has much more to offer. 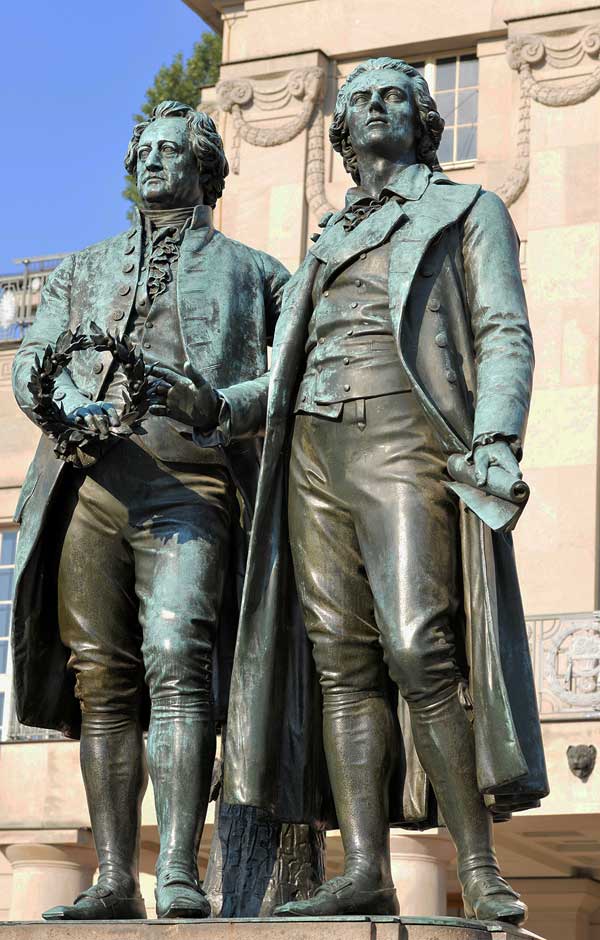 The world-famous double statue of the two poets is a landmark of the city of Weimar. The monument to the two writers, inaugurated in 1857, stands in front of the German National Theatre on Theaterplatz in Weimar. 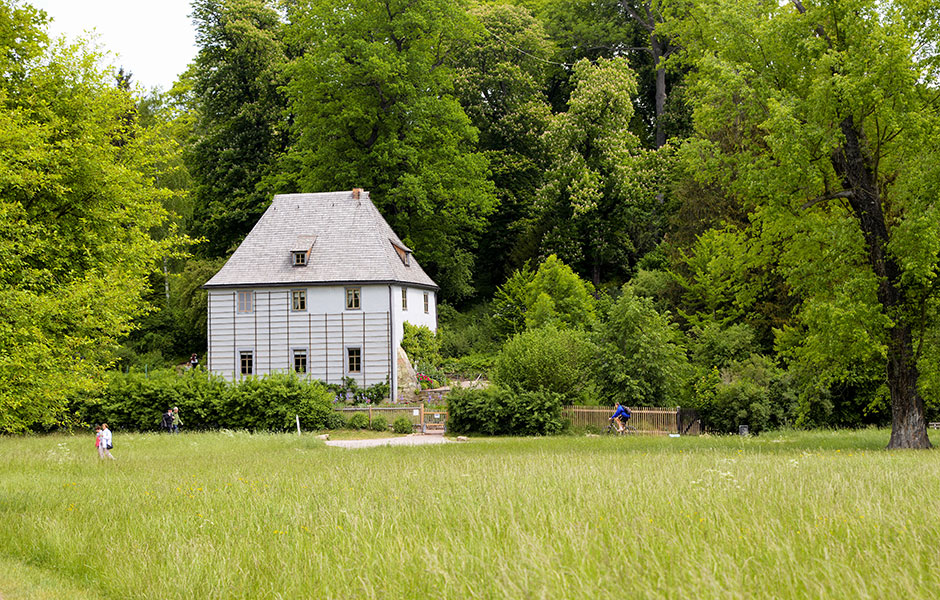 Probably the most famous building of its type, Goethe's garden house is in the Ilm Park on the edge of the historic old town. This was Goethe's first place of residence in Weimar in 1776 and he wrote the ballad “Erlkönig” and the poem “An den Mond” here. The house was also an important retreat for Goethe in his old age. 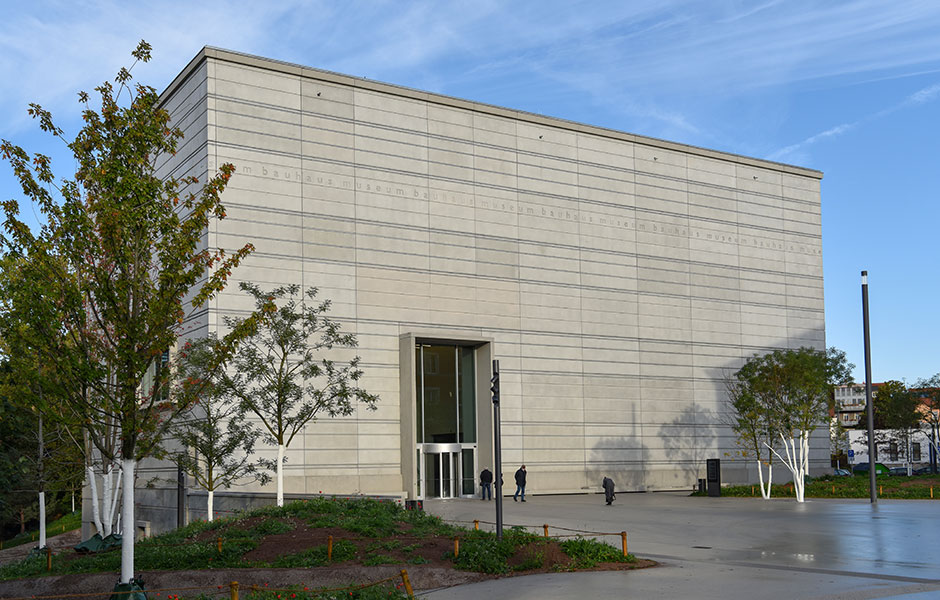 The Bauhaus Museum Weimar was opened in 2019. The museum presents the treasures of the world's oldest Bauhaus collection, including the work of architect Walter Gropius. We have organised a guided tour for you. It will take place on Monday, 27 April 2020 and can be booked in German or English when you register for the conference. 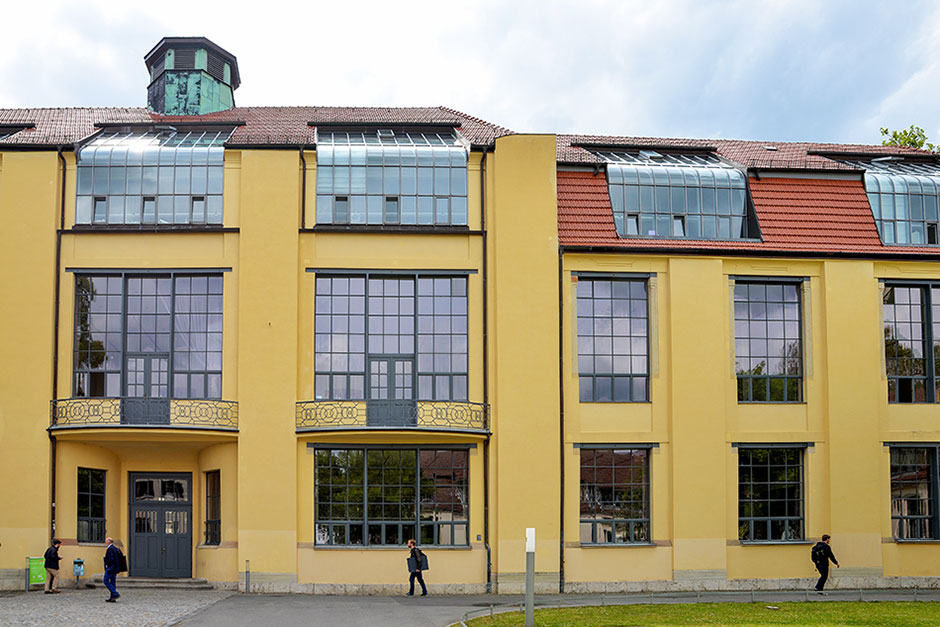 The main building of the Bauhaus University Weimar was built according to the plans of Henry van de Velde. It is one of the most important art school buildings of the turn of the century and was the founding site of the Bauhaus in 1919. In 1999, the original condition was largely restored through renovation. Opposite is the building of the former "Großherzogliche-Sächsische Kunstgewerbeschule Weimar", which was also built according… 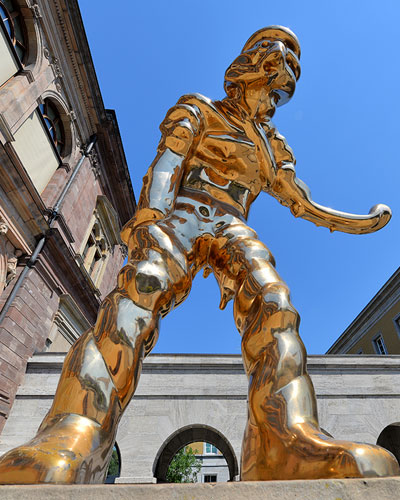 Opened in 1869, the museum is one of the first museum buildings in Germany. Today the Neues Museum Weimar houses an extensive collection of early modern art from the Weimar School of Painting to Henry van de Velde. 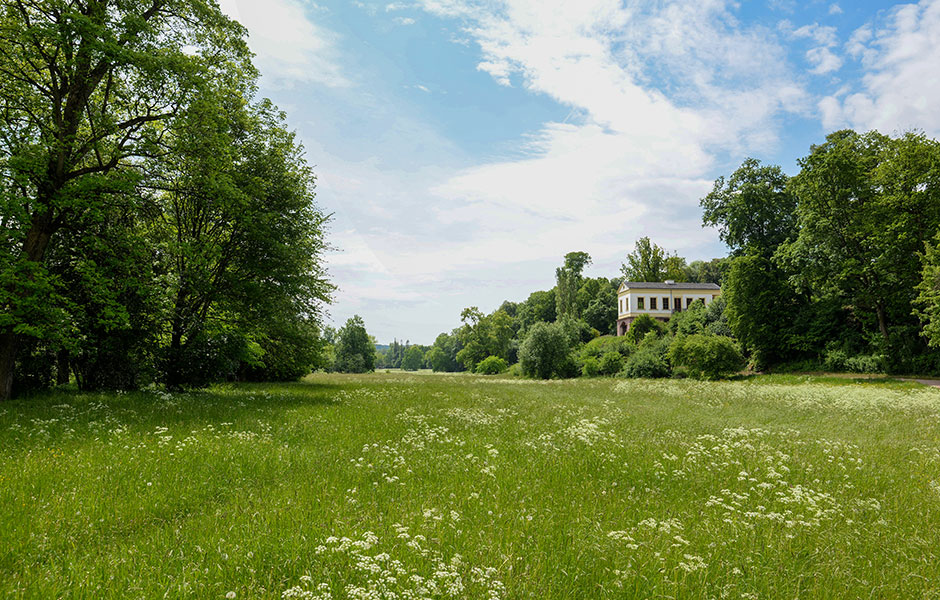 Park on the Ilm

The landscape park has hardly changed since its construction in the 18th century with the participation of Johann Wolfgang von Goethe and is thus one of the best preserved parks of classicism and romanticism. In the middle of the park stands the Roman House, which has been a UNESCO World Heritage Site since 1998 as part of the "Classical Weimar" ensemble. 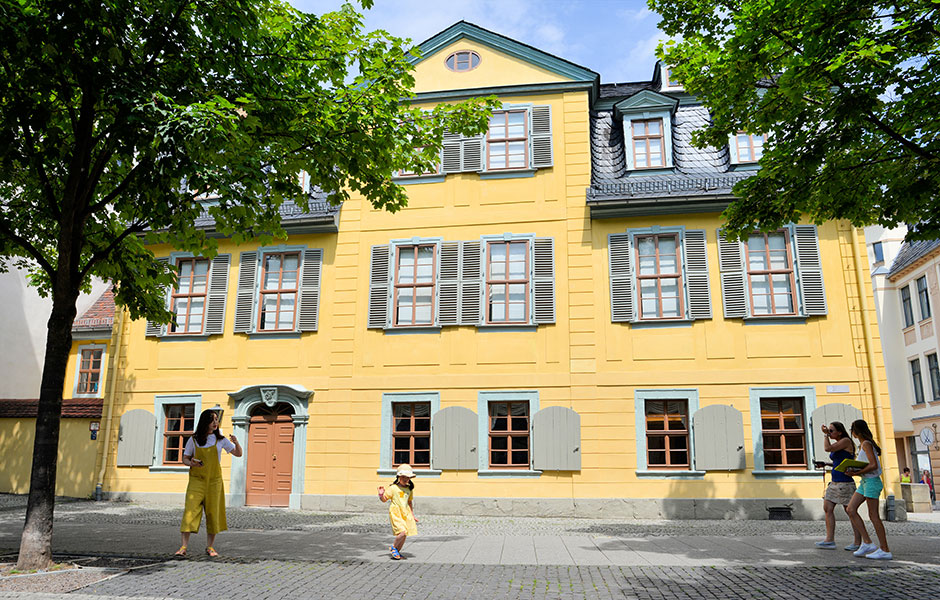 Friedrich Schiller spent the last three years of his life and work in the residential building in today's pedestrian zone. The great dramas “Die Braut von Messina” and “Wilhelm Tell” were written here before the writer died in his study in 1805. Today the building is part of the Schiller Museum. 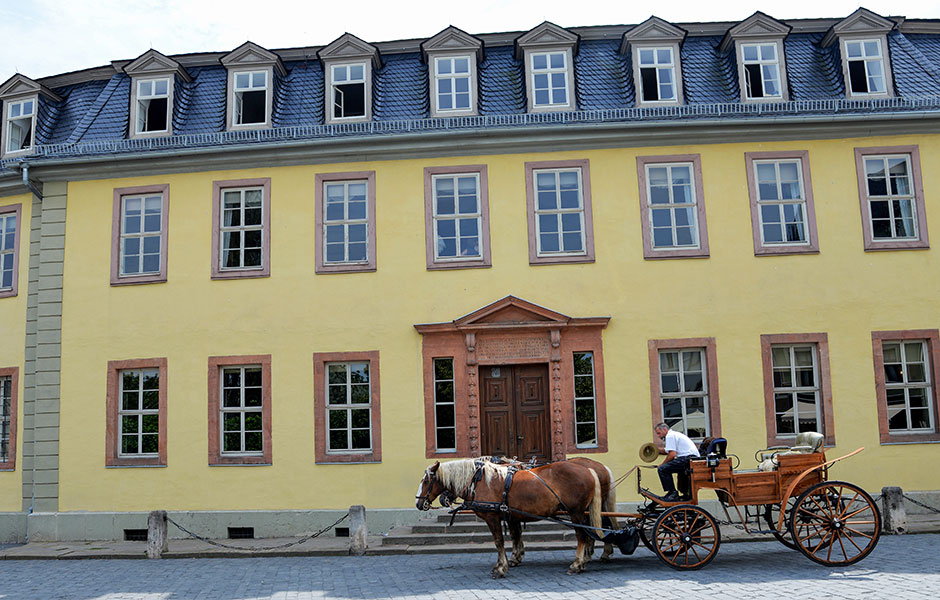 Goethe's house is still largely preserved as it was in the last years of his life. Today it is home to the Goethe National Museum. There are 18 rooms open to visitors with numerous manuscripts, books, art and natural science collections. A particular highlight is the study with the writer's private library.

Everywhere in Weimar traces of the era of Weimar Classicism can be found, with the influences of Goethe, Schiller, Herder and Wieland. Probably every visitor to the city comes to the former residence of Johann Wolfgang von Goethe, where the writer lived for almost 50 years and which is still largely preserved as it was in the final years of his life. Today it is home to the Goethe National Museum.

Not far from here lived the young Schiller, next to whose house the Schiller Museum is now located. And if you are tired of all the sights, you can retreat to the large Ilm Park on the edge of Weimar's old town. Here you will also find probably most famous little house of all - Goethe's garden house.

But Weimar is not only a city of Classicism, but also a city of Modernity. The Bauhaus was established here in 1919 and the Bauhaus Museum was opened in time for its 100th anniversary, with an important collection by architect Walter Gropius and others.

The German National Theatre with the Goethe-Schiller monument is Weimar's landmark - and a symbol for Germany. It became famous through Goethe and was later also a political stage, as the Weimar Republic was born and the National Socialists met here. In no other German city of comparable size has so much German and European cultural history been played out.

Weimar is a lively university town with a historical atmosphere and, in addition to art and culture, it has wonderful parks, small shops, creative cafés and restaurants that invite you to linger.

On the day of your arrival, 21. Sempember 2022, we have organised a city walk in the afternoon on the traces of classic and modern art and a guided tour of the Bauhaus Museum. Of course you can also explore the city on your own.

» How to find us and parking facilities

We use cookies on our website. Some of them are essential for the operation of the site, while others help us to improve this site and the user experience (tracking cookies). You can decide for yourself whether you want to allow cookies or not. Please note that if you reject them, you may not be able to use all the functionalities of the site.